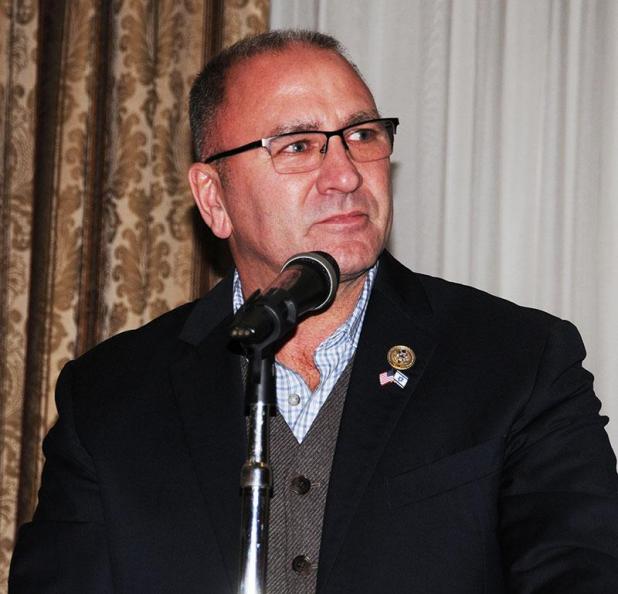 Higgins, R-Port Barre, spoke to the Atchafalaya Chapter of the American Petroleum Institute at the Petroleum Club of Morgan City.

“The oil and gas industry is set for a renaissance in the Gulf of Mexico,” Higgins said.

Legislators from Louisiana and Texas are working together “with a very willing executive branch and a reborn Congress to reform the regulatory overreach and an environment that was weaponized against the oil and gas and the petrochemical industry,” Higgins said.

Trump, Higgins and other likeminded members of Congress understand “that the cornerstone of American economic rebirth is the oil and gas industry,” he said.

Trump’s administration has opened 77 million acres of federal waters in the Gulf of Mexico for oil and gas exploration as part of a lease sale.

“This is unprecedented,” Higgins said.

The congressman expects the United States to see an average gross domestic product growth near 4 percent by the end of 2018. One percent of GDP growth is equivalent to $300 billion in federal revenue. GDP growth over 3 percent will allow the country to gradually eliminate its debt and balance the federal budget, he said.

For the past decade, the United States has had an average GDP growth of 1.9 percent, Higgins said. That amount of growth “is not growth. It’s slow death,” he said.

Higgins praised those in the oil and gas industry for their vision and persistence “to turn our country back onto the path of righteousness,” he said.

The country is now on the right track to restore the United States’ economic power, military dominance and to bring clean, efficient energy to the world, Higgins said.

“We’ve suffered enough from our own government,” he said. “It’s time to stand this thing back up.”

During the meeting, Port of Morgan City Executive Director Raymond “Mac” Wade thanked Higgins for his help to advocate to increase the port’s dredging funds through the U.S. Army Corps of Engineers.

Port officials learned last week that Trump’s proposed civil works budget for 2019 fiscal year includes $12.68 million for the Port of Morgan City, doubling the roughly $6 million in annual funds the port has been getting during the past few years.

Higgins said he told Trump about the buildup of sediment in south Louisiana’s waterways caused by flow from the Mississippi River.

“The money should follow the sediment, and the sediment stops in south Louisiana. So give us the money that we need to allow our economy to roll for this entire country,” he said.

Republicans in Congress have gained momentum due to the passage of the tax reform package and “are aggressively pursuing a conservative agenda,” Higgins said.

Among the progress Higgins expects to be made in 2018 is an infrastructure package that includes levee projects and river dredging.

Higgins is co-sponsoring “a major immigration reform bill” that he believes should pass the House of Representatives and then move on to the Senate.

“I have confidence that we’ll get major immigration reform passed,” Higgins said.

Entitlement reform is another priority for Higgins and other conservatives. Seventy percent of federal revenues are spent on entitlements, he said.

“We should take greater care of our elderly, our poor, our sick and our mentally unstable,” Higgins said. “But the problem is 62 cents of every dollar, of that 70 percent of federal revenue, is spent on administration and bureaucratic crap.”

Waste, fraud and abuse of entitlement funds must be eliminated to allow the government to provide services that “our most needy deserve,” he said.

Also, Higgins said that Senate leadership has promised there will be a Senate bill similar to the Financial Choice Act, which passed the House in 2017.

That legislation helps community banks, which “are the lifeblood of the American economy,” he said.