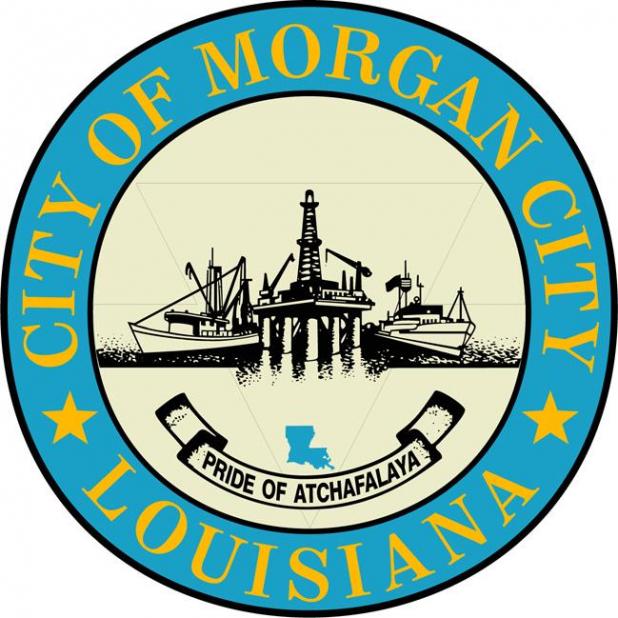 Concerns with loose dogs near a preschool center, drainage issues near the floodwall and several pieces of blighted property in Morgan City were among the topics discussed at Tuesday’s city council meeting.

Damita Hawkins, site manager of Baby Bear Head Start Center on Greenwood Street, said she is greatly concerned about an ongoing issue with a resident near the center who has a trailer with multiple dogs.

“The dogs are literally running rampant,” she said.

Hawkins is worried about the potential safety issues that the dogs may cause to students at the center.

Assistant Police Chief Mark Griffin Jr. said he spoke Tuesday to the resident who told him that she removed the dogs from the home until her fence is repaired.

The dogs had previously been escaping through holes in the trailer, Hawkins said.

Griffin said he would meet Wednesday with Hawkins to address the issues and ensure that all the dogs are gone from the home, or the fence is fixed.

During the meeting, Front Street resident Pat Cloutier brought up a separate issue pertaining to flooding problems along Front Street between Belanger and Egle streets on the Atchafalaya River side.

Cloutier first discussed the problems almost two years ago, he said. Some improvements have been made to Belanger Street, but there are still drainage issues, he said.

Councilman Louis Tamporello said that the flooding issue or flooding problems in other areas of the city typically occur during extremely heavy rain.

Cloutier brought up the drainage issues Tuesday because the city was introducing an ordinance during the meeting to possibly sell city property in that area, and the issues haven’t been addressed yet, he said.

Officials do need to examine those drainage problems before they make a decision to potentially sell the property, Tamporello said.

In addition to the first two issues, the council received an update on blighted properties on Lawrence Street and Victor II Boulevard.

Planning and Zoning Director Anthony Governale said an owner of property at 1430 Victor II Blvd. has placed a tarp on the roof a structure with a hole in it and is working on an appraisal to possibly sell the property. The structure is in good enough condition that it is not in need of being immediately demolished, Governale said.

For property at 306, 408 and 410 Lawrence St., owner Frank Bartley addressed the council and presented his plans to improve the condition of the property which has been in his family for many years.

Bartley, who lives in Baton Rouge, said no one has lived on the family’s property on Lawrence Street for a while. He said the property at 306 Lawrence Street is taking more work to improve than he initially thought. But he asked the council to let him prove that the property can be improved and be an asset to the community.

Bartley hopes to also improve the property at 408 and 410 Lawrence St.

The council voted in favor of giving Bartley until the Jan. 22 council meeting to remove all debris from the property, secure the property and present drawings from an architect regarding planned improvements.

In other business, the council

—Presented the city’s Positive Image award to Diane Irwin of Hancock Whitney Bank in Morgan City for acting quickly to restore a substantial amount of funds to the account of a customer who was the victim of a scam.

—Approved a resolution accepting the donation of a Christmas display from Morgan City native Lee Romaire and his company, Romaire Studios.

—Expanded the agenda and approved a resolution to give the city preliminary approval to issue no more than $2 million of revenue anticipation notes and submit an application to the State Bond Commission.

—Approved two change orders to the city’s wharf project and a settlement agreement regarding a claim filed by subcontractor Coastal Construction and Engineering against Moffatt & Nichol Inc. and Larry Doiron LLC.

—Introduced a zoning ordinance to expand a commercial zone to include property in Wyandotte Subdivision.

—Approved a resolution to enter into a cooperative endeavor agreement with the Department of Veterans Affairs.

—Approved a resolution to enter into a one-year cooperative endeavor agreement with the St. Martin Parish School Board to allow Stephensville Elementary School to use Cypress Park in Morgan City for softball games.

—Heard City Finance Director Deborah Garber’s reminder to property owners to check out the fee schedule in their property tax notices, so that they are aware of any delinquent taxes.