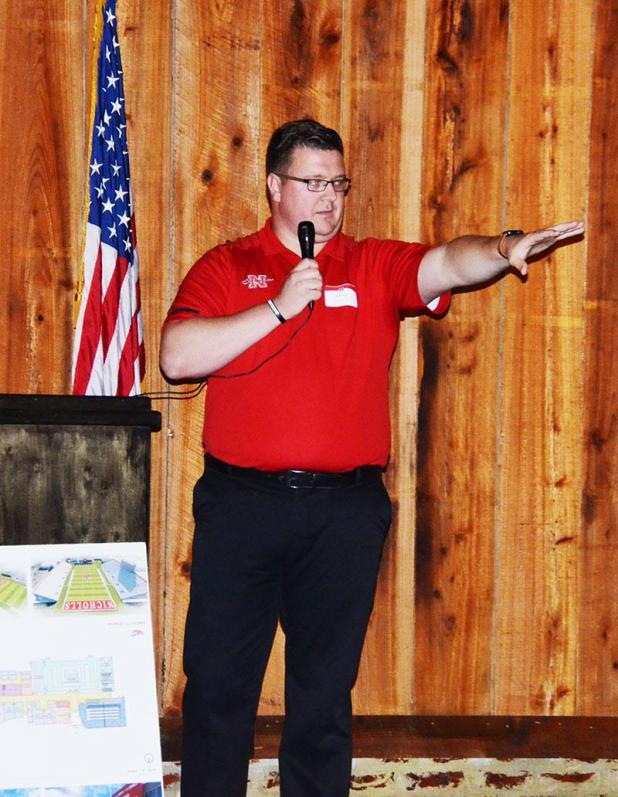 A year after winning the school’s first football Southland Conference Championship in 13 years and its first playoff win in 32 years, the Nicholls State football team will look to build upon those accomplishments in 2019.
That was the message of Nicholls State University football coach Tim Rebowe during an interview at the Colonel Caravan Stop at Nicobella in Morgan City Tuesday evening.
Rebowe, along with Nicholls softball coach Angel Santiago, soccer coach Danny Free, track and field and cross country coach Stefanie Slekis and indoor and beach volleyball coach Kallie Noble all were in attendance.
Rebowe, whose squad finished 9-4 overall and 7-2 in Southland Conference play, fell in the second round of the Football Championship Subdivision Playoffs to Eastern Washington. Eastern Washington finished its season as national runner-up. The Colonels advanced to the second round after defeating the University of San Diego in its first-round contest.
Looking ahead to this year, Rebowe said his squad has to change its goals some.
“Don’t change all the one’s that (you had) because they still got a bunch of good one’s up there, but we’re looking to add to some of those, and again, we don’t want to forget the process of what got us here,” Rebowe said.
He said that there won’t be an “overhaul” things simply because it is a different team this year.
“Our process that got us here and being successful and some of the accomplishments that we have, we’re going to continue to do those,” he said. “Just maybe add to it. Besides making the playoffs and winning a playoff game, let’s win a couple playoff games and see how far we can take this thing.”
The Colonels will open their 2019 schedule with a trip to FBS opponent Kansas State in Manhattan, Kansas, on Aug. 31.
After an open date in week 2, the Colonels will meet Prairie View A&M on Sept. 14 in Prairie View, Texas. Nicholls later will face Texas State in nonconference play at San Marcos, Texas, Sept. 28.
The Colonels open conference play Stephen F. Austin in Nacogdoches, Texas, Sept. 21, and also will meet Central Arkansas, Northwestern State, Sam Houston State, Abilene Christian, UIW, Houston Baptist, McNeese and Southeastern Louisiana University in conference play.
Rebowe said the Colonels will have to take each game at a time.
“Obviously, having an open date early this year, I’m not a big fan of that, but it falls in week 2, and then we got a couple of games on the road that we got to go on,” he said.
He said if the Colonels can overcome the early obstacles, which also include the team’s first conference game on the road, then, “I like where it is at the end of the season where we have a bunch of home games for us, and maybe it can play to our advantage.”
As for athletics in general, Nicholls Athletics Director Matt Roan said Tuesday that the Colonels have programs “at different levels of their maturation.” He noted that football won a conference championship for the first time in a while a year ago, women’s basketball won 20 games for the first time in school history, men’s basketball — even in a year of transition — had success and softball continued their success.
“The measure for us is to be at the end of the year listed among the schools in the Learfield Director’s Cup, and two years in a row now, we’ve been listed among those schools,” he said.
Schools make the list by competing in Division 1 postseason play.
“I think it was a good year (in 2018), but we’re certainly expecting, hoping for a great year this year,” Roan said.