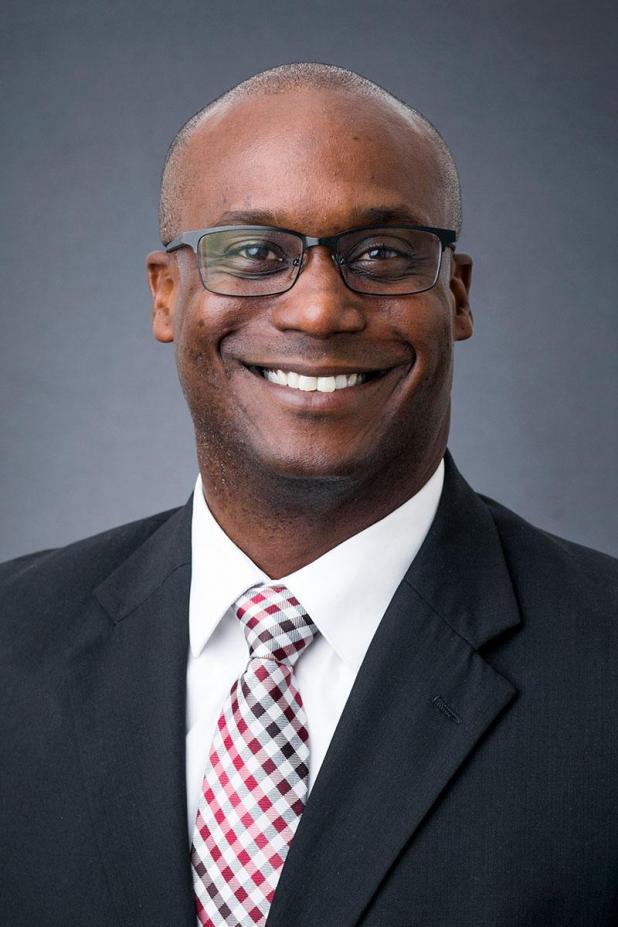 Nicholls State University has named former Colonel football player and coach Jonathan Terrell (BA ‘98) as its director of athletics.
Terrell is the first black athletic director in Nicholls history and has more than two decades of proven sales and coaching success.
“I am grateful to Dr. Clune and the committee for giving me the opportunity to work at a place that I love,” Terrell said. “I am honored to be able to lead this department and continue the climb. Whether it’s in the classroom, on the field of play or in the community, we will be one team with one goal in mind, winning.”
A press conference introducing Terrell as athletic director will be at 11 a.m. on Monday, June 29.
“An athletic director doesn’t win a single game,” said Nicholls President Dr. Jay Clune. “You need someone of superior judgment to put the right team of coaches in place to be successful. Jonathan Terrell has that judgment. Going into the search, I was looking for someone of unquestionable integrity and character who could raise money. I couldn’t be happier with our selection.”
Terrell takes over an athletic department in the midst of historic success both athletically and academically:
--This spring, the Colonel athletic programs combined for a school-record 3.31 GPA and 10th year in a row of successful NCAA Academic Progress Rate scores.
--The Nicholls Football program has won back-to-back Southland Conference Cham-pionships and participated in the NCAA Playoffs three years in a row.
--The Nicholls Softball team won the 2018 regular-season conference championship and played in back-to-back Southland Conference Tournament finals.
--The Nicholls men’s basketball team won the 2017-2018 regular-season conference championship.
--The Nicholls women’s basketball team won the 2018 Southland Conference Tournament and participated in the NCAA Tournament for the first time in history. In 2019, the team was invited to the Women’s Basketball Invitational postseason tournament.
“Jonathan Terrell set himself apart early in the process because of his love and passion for Nicholls. He is the right person to keep the momentum we have going and built upon it, “ Lindsay McKaskle, interim athletic director and chair of the search committee said. “I want to thank Dr. Clune for his trust in me to serve as interim athletic director and as chair of the search committee. I also want to thank the members of the committee for their time and commitment to the process. I am excited about the future with JT at the helm.”
Terrell played quarterback and wide receiver for the Colonels from 1993-96 when head football coach Tim Rebowe was still an assistant coach for the Colonels, and worked with the program as a student assistant during the 1997-1998 seasons. After six years in the high school coaching ranks – including five at Vandebilt Catholic High School – Terrell returned to Nicholls to coach quarterbacks during the 2004 season for coach Darryl Daye.
Since leaving the coaching ranks, Terrell has excelled as a leader, fundraiser, sales professional and brand manager. He spent 2005-2010 in sales with Sanofi-Aventis before joining Lifescan as a senior territory business manager. In 2012, he joined Novo Nordisk as a territory manager and grew revenue in the territory by 30 percent in his first year. The following year he joined Zoll Medical Lifevest as a senior territory manager. He was named regional manager of the year three times from 2015-2017, and the top territory manager out of 550 in 2017.
Since 2005, he has also put his networking and strategic management skills to work for the Colonel Athletic Department. As president of The First Down Club, he grew membership by more than 150 percent and raised revenue from $8,000 to more than $100,000. He co-founded the Huddle Up Club in 2015 and has served as president for the last five years. He raised more than $60,000 for the football program through fundraising events. He also saved the athletic department $30,000 through volunteer efforts, including cleaning up Guidry Stadium. The program is now the largest sport-specific booster club in Nicholls history.
Terrell is also deeply involved in the community, serving on the board of Hi-5, an after school development program in Thibodaux, and serves on various committees for First United Methodist Church in Thibodaux.
Colonel Pride is abundant through the Terrell family. His wife, Taryn (BA ‘99), daughter Katelyn (BA ‘19) and son-in-law Darius Coleman (BA ‘18) are Nicholls alum. Katelyn is also an admissions counselor in the Office of Enrollment Services. Twin daughters Meagan, a psychology major, and Makena, a business major, are currently sophomores at Nicholls. Maegan, and nephew, Tyrease Terrell, are student-athletes, playing soccer and basketball, respectively, for the Colonels. His youngest son, Jacob, is a die-hard Colonel fan.
For more information on Nicholls Athletics, visit GeauxColonels.com.