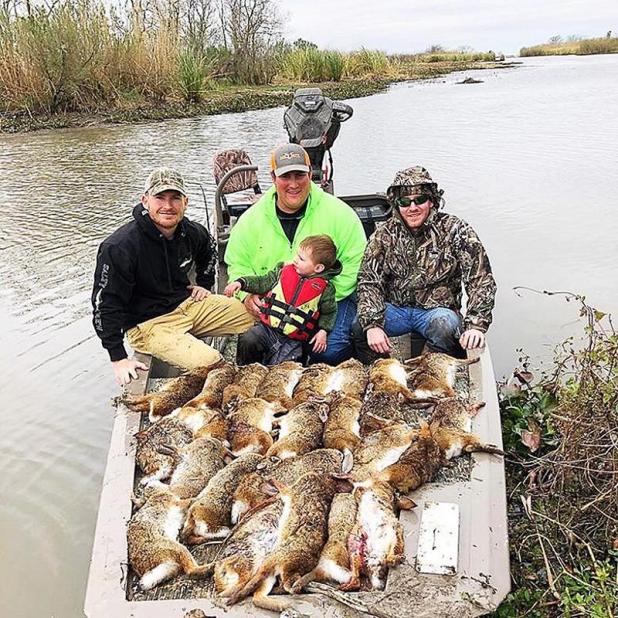 There is still time to hunt up a few rabbits

Growing up in Michigan, my brothers and I cut our teeth hunting small game. Rabbits, squirrels and pheasants were our primary targets back in the 60s and 70s.
We hunted farm-field hedge rows, mainly between railroad tracks and cornfields. We’d also hunt the edge of woodlots that were essentially small stands of hardwood trees left as windbreaks or in some cases, swampy habitat that couldn’t be farmed.
The bag limit on rabbits was pretty much the same as it is here, and we’d walk from daylight till noon hunting them. If we killed two rabbits, that was a big day for us. My grandmother would meet us boys at the back door and make over the game we harvested. Then, she promptly would take it from our hands to clean them for supper. We weren’t very good field dressers back then, but she never let us know that.
There are distinct differences between the rabbits I hunted up north and the ones I now hunt here in the Deep South. The rabbit we hunt here in St. Mary Parish is a totally different species.
Back home, we hunted eastern cottontails (sylvilagus floridanus). Here in the coastal marsh, we hunt the swamp rabbit (sylvilagus aquaticus). And, though the swamp rabbit looks just like an eastern cottontail, it’s much larger, has slightly different (darker) hair colorations and produces less young than its cousin.
Perhaps the biggest difference is the sheer numbers North to South. One of the first rabbit hunts I ever made along a canal bank in the marsh was with a friend and my oldest son, who was perhaps 11 years old at the time. The three of us harvested 22 rabbits, two shy of our three-man limits. We could have jumped a few more to finish out with our 24-rabbit limit on a different canal bank, but we said why bother? We had more than enough and plenty to clean when we got home.
Tactic-wise, hunting rabbits North to South is pretty much the same. You have dog hunters and those that have to walk.
There’s nothing like the chase when it comes to hunting rabbits with dogs. Most dog hunters take great pride in how their beagles strike and then pack up. The guys with dogs I’ve hunted with really couldn’t have cared less about the kill. It was the pursuit that thrilled them. And, the camaraderie they shared afterwards.
Swamp rabbits typically are hunted in February, traditionally following the duck season. At this time of year, the marsh is flat from the impact of cold weather and frost, thereby reducing their habitat.
As a result, canal spoil banks and other higher ground, such as sandbar ridges, become safe havens for them. Here, there’s thick vegetation like briar patches and Roseau cane where they can hide from raptors and four-legged predators like bobcats and coyotes. And, also humans.
Quite often, it takes a group of hunters to kick them out of cover for a shot. It’s tedious hard work, not for the faint of heart. Between briar needle scratches and soreness from unworked, dehydrated muscles, it can be physically challenging. But, if you’ve done some scouting, you can spare yourself some time and effort.
Rabbit poo is the first sign every hunter looks for. But, there are other things experienced hunters like Hunter Andras and Justin Andras have learned through the years and point out. The Andras brothers share a lease south of Gibson in the marsh.
“We combine nutria hunting and rabbit hunting together,” Hunter Andras said. “The best part about it is it’s just family and friend time. We’re not hustling so hard, like with duck hunting. But, where there are nutria, we usually find rabbits. If we hit a thick pile of nutria, we always get out and start walking, and it’s where we have our most success.”
Other tricks to flushing out rabbits are to walk cover, like briars, slowly. Rabbits “do not” want to get out of cover if they can help it. Quite often you have to nearly step on them to flush them out. But, when you do, the action will be quick, because they won’t stay out in the open for long — just an instant, in fact. There’s been many times when I’ve fired a load of No. 6 shot at a fleeing rabbit, only to find a few hairs that happen to settle on the foliage were left behind.
One of the prime public areas to hunt swamp rabbits is the Atchafalaya Delta Wildlife Management Area. It’s a great location to check out and hunt that produces good to great hunts annually.
There is one week of rabbit season left for hunters to get in on the action. What’s more, it doesn’t take many swamp rabbits to make a meal. Smothered rabbit with a side plate of white beans and rice like grandma’s is hard to beat.
EDITOR’S NOTE: Flores is The Daily Review’s Outdoor Writer.