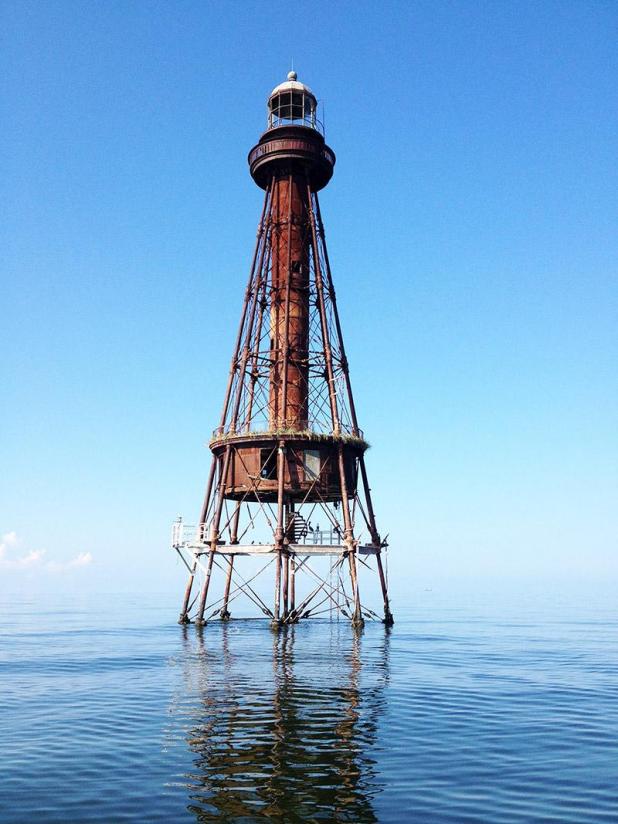 Berwick leaders plan to bring the Ship Shoal Lighthouse to the town’s riverfront to join the Southwest Reef Lighthouse already there. (Submitted) 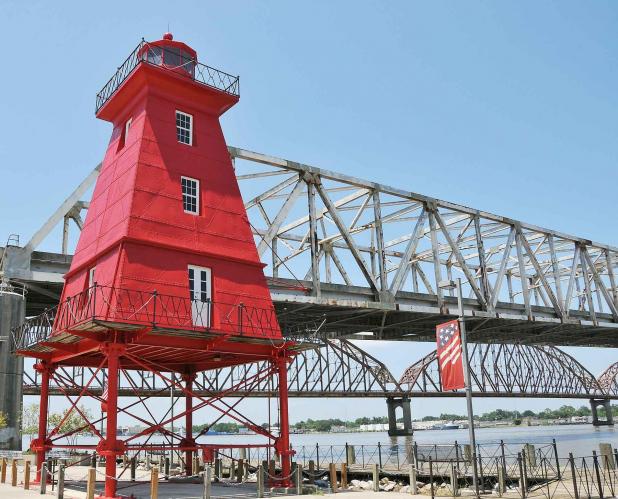 The Southwest Reef Lighthouse has been situated on Berwick's riverfront since 1987. (The Daily Review/file photo)

Berwick officials have plans to place a second lighthouse along the town’s riverfront, and this lighthouse will stand more than three times the height of the one currently there.

Berry Bros. general contractors has agreed to move the 125-foot tall Ship Shoal Lighthouse to Berwick from its current location off Louisiana’s coast below Dulac. The 37-foot tall Southwest Reef Lighthouse has been in place along Berwick’s riverfront for over three decades.

Since 2014, the town has hosted its Lighthouse Festival showcasing the Southwest Reef Lighthouse in conjunction with the finish of the Tour du Teche paddle races.

Talk of bringing the Ship Shoal Lighthouse to Berwick started quite a few years ago, but town leaders have recently re-invigorated efforts to bring the lighthouse here.

Authorities haven’t yet determined when and exactly to where they’ll be moving the lighthouse, said Troy Lombardo, general superintendent at Berry Bros. Lombardo is also a former town councilman.

Once the Ship Shoal Lighthouse is moved to Berwick, it will need to undergo significant maintenance and refurbishment, Town Chief Administrative Officer Newell “Bubba” Slaughter said.

In 1987, Berry Bros. moved the Southwest Reef Lighthouse from offshore to its current location on the Berwick riverfront.

The iron Ship Shoal Lighthouse was assembled in 1858 at I.P. Morris Company’s Port Richmond Iron Works in Philadelphia and then taken apart and shipped to Louisiana to be erected on Ship Shoal. The light was first activated in 1860, according to an article on lighthousefriends.com. The website cites various years of the “Annual Report of the Lighthouse Board” and “Lighthouses, Lightships, and the Gulf of Mexico” by David Cipra as sources.

Lighthousefriends.com says, at base of the tower, positioned 20-feet above the water, was a two-story, cylindrical dwelling for the keepers, and crowning the structure was a second-order, Henry-Lepaute Fresnel lens. Ship Shoal Lighthouse was discontinued and abandoned in 1965.

Southwest Reef Lighthouse was also built in 1858 and lighted for the first time in 1859. It was built to replace Point Defer (Point Au Fer) Light Station below Eugene Island, the town of Berwick’s website says.

Southwest Reef was unique in shape for the Gulf of Mexico, a square pyramid sheathed in iron with a 28 foot base, the town’s website says.