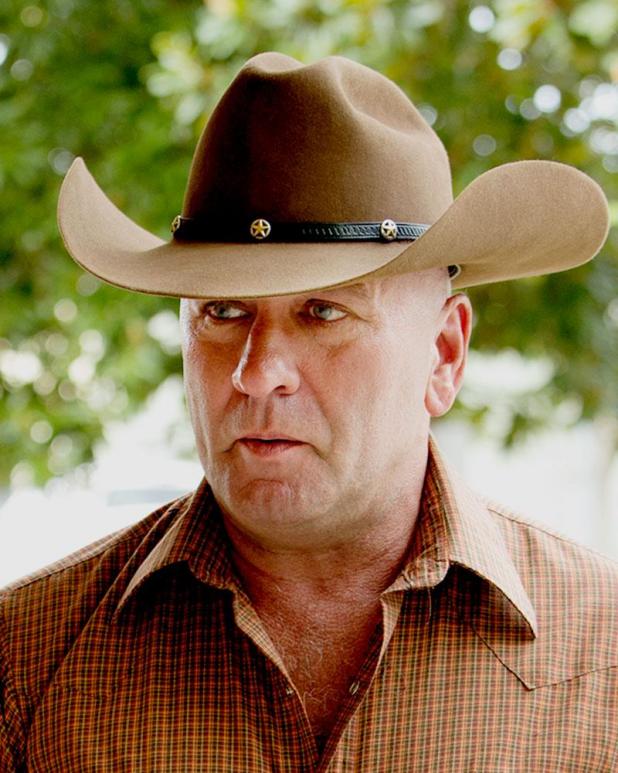 NEW ORLEANS (AP) — A Louisiana congressman apologized Wednesday for what he called the “unintended pain” caused by a political video he recorded inside a gas chamber of a Nazi concentration camp, an action that Holocaust experts called inappropriate and disrespectful.
In May, Rep. Clay Higgins, who represents St. Mary Parish in Congress, visited the Auschwitz-Birkenau concentration and death camps in Poland, where more than a million Jews were killed in the Nazi genocide.
In a five-minute video posted on YouTube and on his Facebook page Saturday, Higgins describes the horrors that took place in the gas chamber, and adds that “this is why homeland security must be squared away, why our military must be invincible.”
The video ends with an image of the first-term Republican lawmaker and former sheriff’s captain that he used during his campaign last year: With a badge on his chest, he bows his head reverentially, his face partially obscured by the brim of his cowboy hat. The image is superimposed over images of the U.S. and Israeli flags.
The Auschwitz-Birkenau Memorial and Museum had criticized the video Tuesday in a Twitter post, saying the building where genocide was committed against thousands of Jews should not be used as a stage. On Wednesday, Efraim Zuroff, director of the Israel office of the Simon Wiesenthal Center, said the video contained political rhetoric that was inappropriate, although he didn’t think Higgins had bad intentions.
In a statement issued later Wednesday, Higgins said he did not intend to offend or disrespect anyone.
“My intent was to offer a reverent homage to those who were murdered in Auschwitz and to remind the world that evil exists, that free nations must remember, and stand strong,” Higgins said in his statement. “However, my message has caused pain to some whom I love and respect. For that, my own heart feels sorrow. Out of respect to any who may feel that my video posting was wrong or caused pain, I have retracted my video.”
Higgins added that he was offering a “sincere apology for any unintended pain.”
This is not the first time Higgins has sparked controversy with a Facebook post.
A month ago, he was criticized for something he wrote after a terror attack in London.
“The free world ... all of Christendom ... is at war with Islamic horror,” Higgins wrote, going on to say of terrorists: “Hunt them, identify them, and kill them. Kill them all. For the sake of all that is good and righteous. Kill them all.”
His election to an open congressional seat last year was fueled in part on the popularity of anti-crime videos he made as a deputy, then later captain, in the St. Landry Parish Sheriff’s Department.
The video he made at Auschwitz was reminiscent of those earlier productions.
“It’s hard to walk away from gas chambers and ovens without a very sober feeling of commitment,” a stern and earnest Higgins says outside the building. “Unwavering commitment to make damn sure that the United States of America is protected from the evils of the world.”