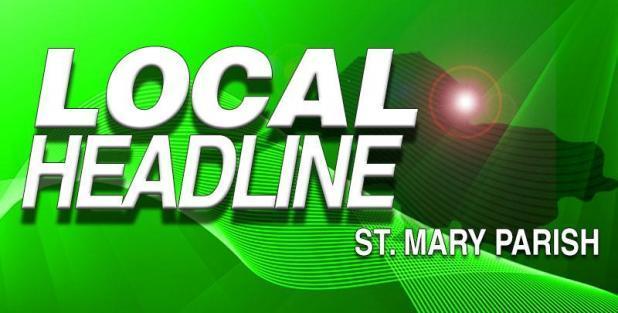 Balancing precautions and responses to the Atlantic Hurricane Season as well as the ongoing battle to protect the public from COVID-19 is something leaders will be faced with this hurricane season.
How they do the latter, while battling what Roger Erickson of the National Weather Service is projecting to be a season with “more active systems” in the Gulf of Mexico, is yet to be determined.
The Morgan City Harbor and Terminal District hosted via video conference for its annual Hurricane Preparedness Meeting Wednesday. The event featured government leaders, representatives from the National Weather Service, the National Oceanic and Atmospheric Administration and the Governor’s Office of Homeland Security and U.S. Sen. Dr. Bill Cassidy, R-La.
“Obviously we’ve got a different sort of a situation now,” Cassidy said. “The situation now is we might be doing hurricane preparedness when we’re in the middle of a pandemic, and if there is a surge or second wave of coronavirus infections in the fall, then that will be an issue. … It is going to take a special sort of sense of planning in which you both integrate the potential for pandemic with the potential for hurricane preparedness.”
St. Mary Parish President David Hanagriff said planning will involve work and learning as they move forward.
While hurricanes allow for planning before and recovery after in a reasonable amount of time, Hanagriff said COVID-19 will be around for months.
Dealing with COVID-19 also has brought up some issues with shelters, something that leaders statewide are facing, St. Mary Parish Office of Emergency Preparedness Director David Naquin said.
While St. Mary Parish’s evacuation shelter is in Rapides Parish, Naquin said things aren’t settled yet.
“Because of COVID, everybody’s scared to take someone, so we really are not there yet, but we believe we can get there before it’s necessary,” Naquin said.
Locally, shelters are not traditionally set up unless they are a last resort because the parish is south of Interstate 10.
The state has contracted with other states across the south to send evacuees, if necessary, Naquin said.
As for what is projected, currently, water temperatures are about average, meaning a neutral weather pattern, Erickson said.
However, there are signs of a move toward a “La Nina state,” Erickson said, in which water temperatures would cool below average.
“If we do trend to this La Nina later on this hurricane season, we may be advertising even a more active season, specifically for us in the Gulf of Mexico,” Erickson said.
The National Hurricane Center will be releasing its forecast Thursday.
“The bad news is it’s looking like it’s going to be an active season in the Gulf of Mexico for us,” Erickson said.
Last season for Barry, Naquin said the parish secured a lot of generators and power sources, but with supplies being distributed already due to COVID-19, he said he is unsure what supplies will be available, because nearly every parish right now needs emergency supplies.
When evacuating, St. Mary Sheriff Blaise Smith encouraged those who plan to leave for a storm to do so early.
“Because if not, you’re going to be on the highway bumper-to-bumper with cars,” he said.
He also encouraged residents to make arrangements for their animals.
Lee John, Region 4 coordinator for the Governor’s Office of Homeland Security and Emergency Preparedness, which includes St. Mary, said that the state is stressing to those who are advised to leave to do so and go to a shelter despite the threat that they may contract COVID-19 in a shelter. He said that is better to evacuate and go to a shelter and receive care if you contract the virus there rather than to stay at home and risk death due to a weather system or its effects.
As for parish protection systems, St. Mary Parish Levee District Executive Director Tim Matte said a project to raise a levee near La. 317 that was overtopped during Hurricane Barry is about 95% complete.
“In fact, if a storm hit today, we would have about a 50-foot section to deal with to close off, and we could certainly do that,” Matte said, adding he hopes the project is finished by the heart of hurricane season.
Other projects underway are a floodgate at the Charenton Canal’s intersection with Bayou Teche, as well as the Bayou Chene floodgate protection structure.
Matte said the work along Bayou Teche is being done at about $11 million price tag, while $26 million worth of work is under contract with the Bayou Chene floodgate at the moment.
Additionally, the levee district has bids for $22 million worth of work in the next Bayou Chene floodgate phase that may be issued as soon as possibly this week.
“We could have over $59 million worth of flood protection projects under construction here with at least a couple of more projects on the table to be done,” Matte said.
While flood protection projects provide protection, Matte cautioned that they only are designed to hold a certain amount of storm surge.
“It is important to recognize that evacuation is still the key to saving lives,” he said.