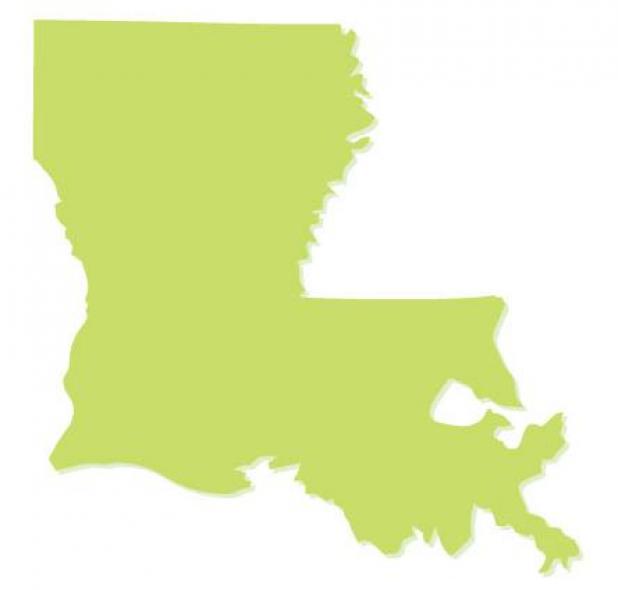 Pharmacy permit applicants provided letters of recommendation from a U.S. senator, state lawmakers, sheriffs, high-profile community members, health professionals, and anyone else they thought could help make their bids successful, according to documents provided to The Associated Press in response to a public records request.
Those written references seemed to carry minimal, if any sway, with the Louisiana Board of Pharmacy when sifting through the 21 applicants that eventually competed for nine permits around the state. Some applicants with heavyweight backers didn’t get a medical marijuana permit, while others without pedigreed recommendations won dispensing authority.
Still, the letters offer a glimpse into the ways politicians weigh in on high-profile regulatory issues behind the scenes and how business leaders think those relationships can be beneficial.
The highest-profile endorsement came from U.S. Sen. Bill Cassidy, who offered his backing to Acadiana Therapeutic Remedies for a permit in the Lafayette region. The company also had letters of support from Attorney General Jeff Landry, House Speaker Taylor Barras, and Lafayette Mayor-President Joel Robideaux, among others.
“I can say with confidence that Acadiana Therapeutic Remedies has the knowledge and experience to operate a medical marijuana pharmacy that is above reproach and compliant with all state rules and regulations,” Barras wrote.
Robideaux also wrote a letter of recommendation for competing applicant The Apothecary Shoppe. Landry wrote a “character reference” to support a doctor involved in two medical marijuana proposals, for Acadiana Therapeutic Remedies and Calcasieu Therapeutics in Lake Charles.
Landry wrote that the doctor, J. Kevin Duplechain, “has been a trusted caretaker for several of my family members. Additionally, he has been a loyal friend and someone I can rely upon for sage advice.”
Neither of the Landry-backed applications was selected for a dispensing permit.
Though it won’t be located in his area, West Baton Rouge Parish Sheriff Mike Cazes gave his backing to Hope Pharmacy for a northwest Louisiana-based permit. Cazes wrote that he’s known co-owner and commissioned sheriff’s deputy Chris Whittington for two decades.
“I have been in law enforcement my entire life, and I am confident that if Mr. Whittington observes any improprieties whatsoever in the medical marijuana industry in general, and the pharmacy in particular, he will take all steps necessary to immediately correct it,” Cazes wrote.
Hope Pharmacy was selected for the permit.
Medical marijuana is expected to be available to Louisiana patients in the fall, after years of start-up work.
Under a law passed in 2015 and tweaked twice since then, Louisiana is allowing therapeutic cannabis to treat a long list of diseases and disorders, such as cancer, epilepsy, intractable pain, post-traumatic stress disorder and Parkinson’s disease. Marijuana can be available in medicinal oils, pills, liquids, sprays and topical applications, but cannot be sold in a form to be smoked.
Only the agricultural centers at LSU and Southern University are allowed to grow the product. LSU estimates its vendor will have the first medical marijuana products available within months.
By capping the number of dispensing pharmacies at 10, lawmakers placed a premium on permits. The pharmacy board said that to ensure equitable access, it allocated one permit to each of nine state health regions. The 10th permit may be issued later.
Permits were granted to H&W Drug Store in New Orleans; Capitol Wellness Solutions in Baton Rouge; Green Leaf Dispensary in Houma; The Apothecary Shoppe in Lafayette; Medicis in Lake Charles; The Medicine Cabinet Pharmacy in Alexandria; Hope Pharmacy in Shreveport; Delta Medmar in West Monroe; and Willow Pharmacy in Madisonville.
Exactly why each applicant was chosen is somewhat shrouded in secrecy. Portions of the applications are considered confidential and exempt from public records law, and parts of the evaluations were done behind closed doors.
Asked if recommendations from elected officials were important in influencing decision-making, pharmacy board executive director Malcolm Broussard wouldn’t say.
“To answer those questions, I would need to disclose comments made during executive session,” Broussard wrote in
Melinda Deslatte has covered Louisiana politics for The Associated Press since 2000. Follow her at http://twitter.com/melindadeslatte