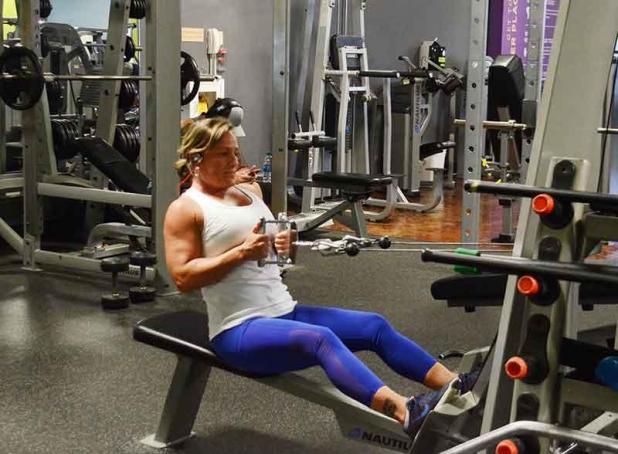 Phase Two: Local businesses look forward to being a bit closer to normal

Phase Two of reopening during the COVID-19 pandemic means increased occupancy for local businesses and could mean a step in the return to normalcy for others, too.
Margaret Theriot, owner of Anytime Fitness franchises in Morgan City and Bayou Vista, said Monday that the gyms would increase their capacities from 25% at each location to 50%, beginning Friday, while also restarting exercise classes with limited capacity.
“We’re going to continue with hardcore cleaning,” she said. “The members are so responsible, though. I have to give props to them. They’ve been awesome.”
Theriot said a senior class that was held prior to the pandemic won’t resume yet because that population is at greater risk from COVID-19.
“Though we still want them to come and use the equipment, we don’t want them in close proximity,” she said.
After initially opening with limited hours during Phase One to make sure that guidelines were being followed by customers, Theriot said, the gym has resumed its 24-hour operations. However, besides the group classes, the showers also remained shuttered.
“We’re lucky because we have camera systems, we have usage reports and we have apps on our phones that we can see who’s in the gym at what time,” Theriot said.
At GameDay Pizza in Patterson, manager Brandon Harden said the business has been operating with dine-in service under Gov. John Bel Edwards’ order of 25% capacity, but they haven’t offered their dine-in buffet because it brings a large demand.
“With this 50% going into Phase Two, we will probably do the same thing,” he said. “We won’t do the buffet unless we feel like we can operate it in a manner where it’s feasible.”
However, Harden said GameDay Pizza will offer a to-go buffet.
He said the move from no inside dining to 25% was a smooth transition.
“We had a lot of business when it was shut down (inside dining) with takeout orders, which I think is pretty common in the pizza world anyway, so we were able to sustain business even when we were in the core of the pandemic,” Harden said.
He said it will be good to take a step closer to normalcy, noting that the interaction with usual customers that hasn’t taken place.
“We miss that,” Harden said. “Our workers miss that. The interaction that you get. I think everybody’s kind of missing that social aspect that you get from doing day-to-day business and face-to-face contact. We’re ready to get back to some sense of normalcy.”
In Bayou Vista, John Trevino Sr. of St. Mary Parish Recreation District No. 3, which oversees facilities in Bayou Vista such as the ballparks, skate park, waterpark and putt-putt golf facility, said they would need to seek more information from the governor’s office as well as the parish before determining if they can safely reopen these facilities.
“If we can do it safely under the guidelines, we’re looking forward to getting things reopened,” Trevino said, noting the facilities are funded by the public and recreation leaders would like to see them used. “We just want to do it in a safe and cautious way.”
At One Faith Fellowship Christian International in Calumet, Apostle Lee Condolle said the church has been holding virtual worship and Bible study since mid-March and was meeting Monday evening with church leaders and congregants to get their feedback to see what their next step would be.
He said they think they may return to their church for in-person worship the first Sunday of July. However, that is yet to be determined.
Condolle said that safety is priority.
“We’re looking out for the people,” said Condolle, who leads the church with his wife, Pastor Myra Condolle. “It’s not so much about as far as being in the building, because we’re the church, but it’s looking out for the people, the safety of each other. That’s our main concern about the people that attend our ministry.”