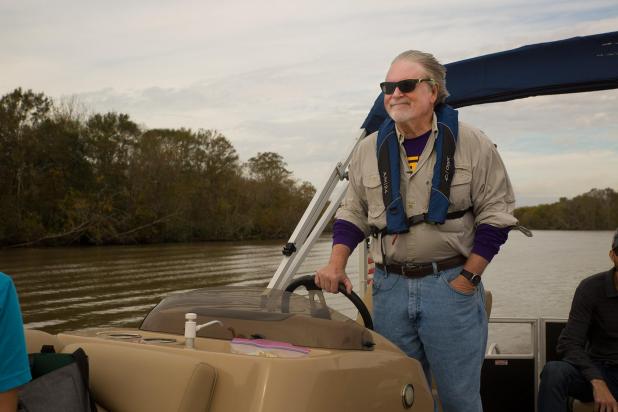 From the Editor: Reserve would preserve the region's magic

The lower Atchafalaya is under consideration for something new: a National Estuarine Research Reserve.
The National Oceanic and Atmospheric Administration runs the program, which designates some piece of land, either public or private, or some combination, as a reserve. It’s not a takeover, say program leaders. Each state’s land use rules continue to apply.
The reserves show off the natural beauty of the places where fresh water meets salt water. Scientists can do research there train college students. Younger students can take field trips there. Tourists can ooh and aah there.
One more thing: It looks like money. In addition to the tourism potential, which would be good for local hotels, campgrounds and restaurants, the federal government will pay for 70% of the operational costs. The state picks up the rest.
The Atchafalaya area is one of six prospective estuarine zones in Louisiana being considered for a reserve. The search process is in the purview of LSU-based Louisiana Sea Grant. The director of Louisiana Sea Grant is Dr. Robert Twilley.
Twilley knows the lower Atchafalaya zone, especially the Wax Lake Delta. He knows it right down to the muck and soggy water plants on the bottom.
A year ago, Twilley, a geomorphologist, led a boat tour of the Wax Lake area. The deltas of Wax Lake and the Atchafalaya are among the few places on the Louisiana coast where new coastal land is being formed. The rest of the coast is marred by land loss, which is bad for the fishing industry and for storm protection.
Being unique is good. Unique can help attract a National Estuarine Research Reserve.
Twilley has researched river deltas in South America and the Pacific in addition to Wax Lake.
The tour stopped at Camp Island, which emerged from the water in the early 1970s. The island is big enough for actual camps and even public restrooms. Yet the land is younger than some of the people who took the tour.
If you took geology in school, you’ll remember that time is the secret ingredient that explains how a small river can carve the Grand Canyon.
But in the Atchafalaya and Wax Lake, changes happen rapidly because of the sediment that pours into the system from the Red and Mississippi rivers.
From our story on the tour:
“Twilley and Alisha Renfro, a wildlife scientist with the National Wildlife Federation, dug into the water to pull out a core sample. Here, the bottom 80% of the sample was a mineral-rich mixture deposited by the river. The top and most recent portion of the core was material left behind by the living and dying of plants.
"At some point, aquatic vegetation begins to colonize the sediment. When it does, 'it starts putting down roots and putting down organic material that the plant is producing,' Twilley said.
"And as that process is repeated over and over again, the organic material begins to rise.
"'So much of the ecology out here, what we see relative to the ecology, is because of elevation,' Twilley said. 'That’s the key. For every increment of change in elevation, I can tell you which plants are going to colonize in that region.'"
After a short boat ride toward the Gulf, the outlet widens and begins to look like open water. But Twilley said the same processes that created the island are at work beneath the water.
"This is the delta,” Twilley said. “The emergent delta.”
At one point he raised his hand toward the Gulf.
“There’s a lot of delta forming out there,” Twilley said.
“You just can’t see it. It’s all underwater." But it won’t be underwater forever.
That trip through the delta, with an expert guide, was about more than science.
Yeah, we’re always looking for economic development. And, by the way, every Gulf Coast state has a reserve except for Louisiana. It would be great to get the federal money that comes along with a reserve.
But there’s magic down there where the rivers meet the Gulf. It’s what we get instead of beaches.
It deserves to be studied and enjoyed for its own sake, and for the sake of generations yet to come.
Bill Decker is managing editor of The Daily Review.