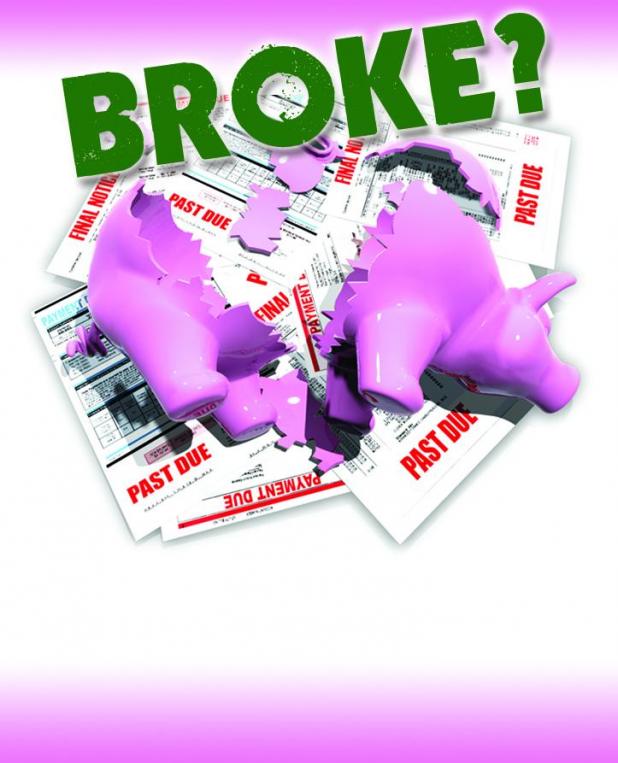 NerdWallet: What to do when your parents die broke

Blogger John Schmoll’s father left a financial mess when he died: a house that was worth far less than the mortgage, credit card bills in excess of $20,000_and debt collector s who insisted the son was legally obligated to pay what his father owed.
Fortunately, Schmoll knew better.
“I’ve been working in financial services for two decades,” said Schmoll, an Omaha, Nebraska, resident who was a stockbroker before starting his site, Frugal Rules. “I knew that I wasn’t responsible.”
Baby boomers are expected to transfer trillions to their heirs in coming years. But many people will inherit little more than a pile of bills.
Nearly half of seniors die owning less than $10,000 in financial assets, according to a 2012 study for the National Bureau of Economic Research. Meanwhile, debt among older Americans is soaring. It used to be relatively unusual to have a mortgage or credit card debt in retirement. Now, 23 percent of those older than 75 have mortgages, a four-fold increase since 1989, and 26 percent have credit card debt, a 159 percent increase, according to the Federal Reserve’s latest data from the 2016 Survey of Consumer Finances .
If your parents are among those likely to die in debt, here’s what you need to know.
—YOU (PROBABLY) AREN’T RESPONSIBLE FOR THEIR DEBTS
When people die, their debts don’t disappear. Those debts are now owed by their estates. Some estates don’t have enough assets (property, investments and cash) to pay all of the bills, so some of those bills just don’t get paid. Spouses may have the responsibility for certain debts, depending on state law, but survivors who aren’t spouses usually don’t have to pay what’s owed unless they co-signed for the debt or applied for credit together with the person who died.
What’s more, assets that pass directly to heirs often don’t have to be used to pay the estate’s debts. These assets can include “pay on death” bank accounts, life insurance policies, retirement plans and other accounts that name beneficiaries, as long as the beneficiary isn’t the estate.
“You take it and go home,” said Jennifer Sawday, an estate planning attorney in Long Beach, California.
—YOU NEED A LAWYER
Some parents hope to avoid creditors or the costs of probate, which is the court process that typically follows a death, by adding a child’s name to a house deed or transferring the property entirely. Either of those moves can cause legal and tax consequences and should be discussed with a lawyer first. After a parent dies, the executor must follow state law in determining how limited funds are distributed and can be held personally responsible for mistakes. That makes consulting a lawyer a smart idea — and the estate typically would pay the costs. (The costs of administering an estate are considered high-priority debts that are paid before other bills, such as credit cards.)
At his attorney’s advice, Schmoll sent letters to his dad’s creditors explaining the estate was insolvent, then formally closed the estate according to the probate laws of Montana, where his dad had lived.
A lawyer also can advise you how to proceed if a parent isn’t just insolvent, but also doesn’t have any assets at all. In that situation, there may not be a reason to open up a probate case and deal with collectors, Sawday said.
“Sometimes, I advise clients just to lay the person to rest and do nothing,” Sawday said. “Let a creditor handle it.”
—YOU NEED TO TAKE METICULOUS NOTES
The financial lives of people in debt are often chaotic — and sorting it all out can take time. As executor of his dad’s estate, Schmoll dealt with over a dozen collection agencies, utilities and lenders, often talking to multiple people about a single account. He kept a document where he tracked details such as the names of people he talked to, dates and times of the conversations, what was said and required follow-up actions as well as reference numbers for various accounts.
—YOU SHOULDN’T BELIEVE WHAT DEBT COLLECTORS TELL YOU
Some collectors told Schmoll he had a moral obligation to pay his father’s debts, since the borrowed money might have been spent on the family. Schmoll knew they were trying to exploit his desire to do the right thing, and advises others in similar situations not to let debt collectors play on their emotions.
“Just don’t make a snap decision, because it’s very easy to say, ‘You know what? I need to think about it. Let me call you back,’” Schmoll said.
—This column was provided to The Associated Press by the personal finance website NerdWallet.