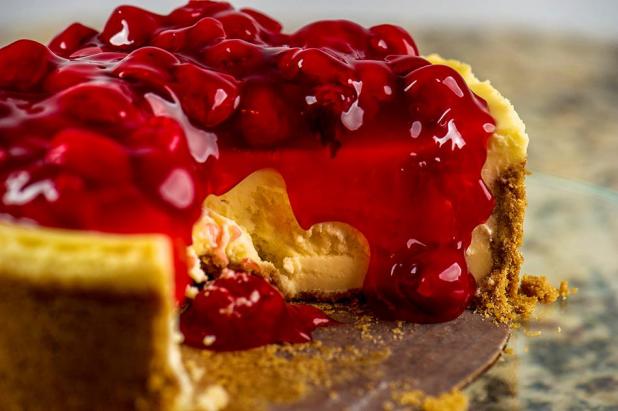 The delicious history of cheesecake

Rich, creamy and decadent, cheesecake is enjoyed across the globe.
There are many famous cheesecake bakeries in North America. Those who can’t resist digging their forks into this beloved dessert may assume that cheesecake traces its origins there. In fact, cheesecake traces its origins to the ancient Greeks.
The first ‘cheesecake’ is believed to have been created from a ricotta-type cheese base on the Greek island of Samos. Excavated cheese molds were found there that dated to around 2,000 B.C.
Cheesecake was considered a good source of energy and there is evidence that even Olympic athletes were fed cheesecake during the first games. Greek brides and grooms also were known to rely on cheesecake as their cake of choice for weddings. Original cheesecakes were made from flour, wheat, honey and cheese, then formed and baked, according to Cheesecake.com.
After the Roman conquest of Greece, cheesecake was adopted by the Romans. Their name for this type of cake was ‘placenta’ and it was baked on a pastry base or sometimes inside of a pastry case, advises What’s Cooking America.
Cheesecakes also were called ‘libum’ by the Romans, and were used as an offering at the gods’ temples. Cheesecakes also were introduced to other areas of Europe thanks to conquering Roman armies. By 1,000 A.D., cheesecake could be found throughout northwestern Europe, England and Scandinavia.
Through the years, cheesecake’s popularity spread elsewhere. However, New Yorkers say that cheesecake was not really cheesecake until it got an Empire State makeover in the 1900s.
Many New York restaurants have their own versions of cheesecake, with Turf Restaurant laying claim to the first cream cheese-based cheesecake recipe in 1929. Turf Restaurant owner Arnold Reuben’s cheesecake recipe, also known as Jewish cheesecake thanks to his heritage and the recipe’s kosher ingredients, was allegedly a favorite of actors and actresses seeking late night indulgence after shows, according to bakefromscratch.com.
New York dairy man William Lawrence accidentally invented cream cheese in 1872 while trying to recreate a soft, French cheese known as Neufchatel. Little did Lawrence know that this mistake would inadvertently revolutionize cheesecake recipes.
Cheesecake technically is a pie and not a cake, and there are versions that are baked and others that firm up in the refrigerator without having to cook a custard base. Many cheesecake aficionados have a favorite cheesecake recipe.
This classic and iconic New York cheesecake, courtesy of Philadelphia Cream Cheese brand, is an ideal one to make your own.
NEW YORK CHEESECAKE
1¼ cups graham crumbs
¼ cup butter, melted
5 packages (8 oz.) Philadelphia Brick Cream Cheese, softened
1 cup sugar
3 Tbsp. flour
1 Tbsp. vanilla
1 cup sour cream
4 eggs
1 can (19 oz.) cherry pie filling
Preheat oven to 325 F if using a silver 9-inch springform pan or to 300 F if using a dark nonstick 9-inch springform pan.
Mix crumbs and butter; press firmly onto bottom of pan. Bake 10 minutes.
Beat cream cheese, sugar, flour and vanilla in large bowl with electric mixer on medium speed until well blended. Add sour cream; mix well. Add eggs, one at a time, mixing on low speed after each addition just until blended. Pour over crust.
Bake for 1 hour and 10 minutes or until center is almost set.
Run a knife or metal spatula around the rim of the pan to loosen cake; cool before removing the rim of the pan. Refrigerate for 4 hours or overnight. Top with pie filling before serving. Store leftover cheesecake in the refrigerator.