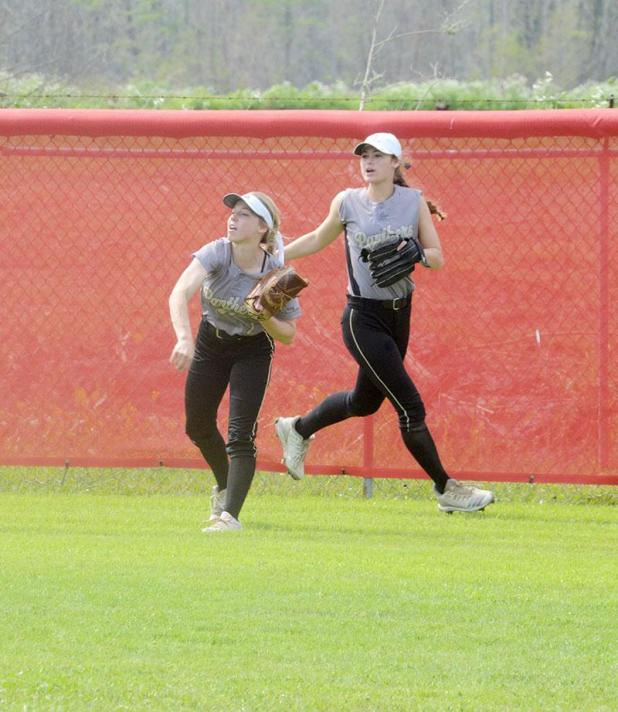 Joe Russo has rebuilt programs at Patterson and Central Catholic High schools, and now he is working to doing the same in his first year at Berwick High School.
After some struggles at times during the season, Berwick (14-12 overall, 3-3 in District 8-3A) has won eight out of its last 10 games, most recently a 4-2 victory against Patterson on the road Tuesday.
“We’re evaluating the talent,” Russo said last week. “We’re moving some kids around. We’re playing a lot of young kids.”
While Russo said his team, which features more freshmen (12) than the combined 11 seniors, juniors and sophomores on the squad, is still learning what he and his coaching staff’s expectations are for them, he said he has been enjoying his time coaching Berwick thus far.
“It’s been a really, really smooth transition for me,” he said. “I’ve been getting a lot of support. The kids are on board. We’re having a good time.”
His team’s goal is to make it to the state softball tournament in Sulphur, and he said if they are going to make it there, he had to upgrade the schedule.
“I told these kids, ‘don’t get caught up into your ranking. … Let’s play some of the better teams in the state. If we got to get banged up, let’s get banged up, but let’s start playing on that level that we need. Let’s see the pitching that we need to go play,’” Russo said.
The first-year coach said he is proud of his team’s effort.
This season, Russo has multiple freshmen starting.
“These kids, they are very athletic,” he said. “They need high school game experience, and that’s what we’re trying to do. We’re trying to get the young kids as many reps as they can, and it’s not just because they’re young. They (are) deserving (of) these starts.”
Berwick returns several players from a year ago who earned state or district honors.
Berwick senior Alyssa Gray, the team’s centerfielder, was a Louisiana Sports Writers Association Class 3A All-State softball team honorable mention selection a year ago.
Additionally, senior Morgan Toups was a first-team All-District 8-3A pitcher, while senior shortstop Madison Carline was a first-team all-district utility selection.
Sophomore pitcher Bronwyn Colbert was a second-team utility selection a year ago, and senior Maci Broussard, who has moved from the outfield to the catcher position this year, was a second-team utility selection. Junior Hannah Beadle was a second-team all-district designated player in 2018.
Berwick has used multiple pitchers this season. In addition to Colbert and Toups, freshman Anna Vaccarella, Beadle and freshman Winnie Mabile all have pitched.
Broussard has served as the team’s catcher, while freshman Chloe Moses also has seen time while Broussard was out with an injury, Russo said.
At first base, the Lady Panthers have used Colbert when she isn’t pitching, or Toups or Vaccarella.
Freshman Mikah Ortiz is at second base, Carline is at shortstop, and Vaccarella plays third base, too.
In the outfield, the Lady Panthers feature freshman Maggie Lemoine in left field, Gray in centerfield and freshman Ashlynn Fitter in right field.
Toups also has served as the team’s designated player this season.