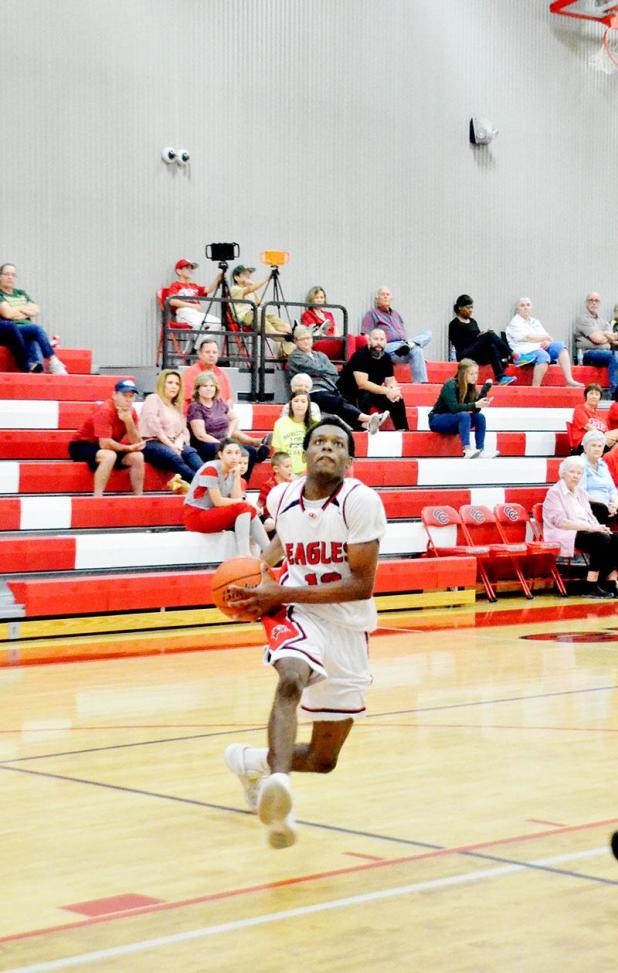 Central Catholic will face its toughest test yet in the Division IV playoffs Thursday when it travels to face top-seed Lafayette Christian Academy in a 6:30 p.m. quarterfinal matchup.
The Eagles (16-14) and the Knights are district foes and have faced off once this season, with Lafayette Christian winning 73-50 in Morgan City.
In that game, Central Catholic trailed just 31-27 at halftime, but Lafayette Christian broke the game open in the third quarter with a 19-6 scoring advantage.
“We should have been tied at half,” Central Catholic coach Ree Case said of that first matchup. “We had a couple of bad possessions where we gave up a three at the end of the quarter, but we just defended. We played good defense. We ran offense.
“In the third quarter, we just didn’t play very well,” he added. “We missed a lot of easy layups. We turned the ball over. We had four, five costly turnovers, and we missed some easy shots. They’re going
to make shots. … We missed four or five layups in that quarter, and we had four or five turnovers, and that was the difference.”
In that first matchup, Terrance Jones scored 15 points for Lafayette Christian, while Pierre Dupre, Greg Williams (a St. John University signee) and Kailen Thibodeaux each scored 14.
“It’s a team where you have to guard all five guys,” Case said. “A lot of teams you can guard their best two players and kind of help off the other three, but against them, if you leave them open, any of the five, they can all shoot. They’re all going to score, so it’s unique because they have five players who can all score.”
In the regular-season loss, Elijah Swan and Davidyione Bias scored 12 each for Central Catholic, while D.J. Lewis added 10.
Lafayette Christian (23-5) has won five straight games entering Thursday’s contest. Its last loss was to Class 3A Madison Prep on Feb. 3.
Every team that Lafayette Christian lost to made the playoffs and all but one, Bossier, which was upset in the second round of the Class 4A playoffs, is still playing.
Case agreed that the pressure is off of Central Catholic because it is not expected to win Thursday’s game against the defending Division IV state champions.
“It needs to be a game in the fourth quarter where they feel the pressure that they’re supposed to win and not be up late in the game,” Case said.
After a first-round bye, the Knights routed No. 16 Ascension Catholic, 93-37, in the second round.
Meanwhile, Central Catholic defeated District 7-1A foe and No. 24 seed Highland Baptist 76-31 in the first round before topping No. 8 Covenant Christian 47-40 in the second round.
To win Thursday, Case said his squad must have meaningful offensive possessions and be able to get back on defense.
“We’ve got to take care of the basketball,” he said. “We’ve got to defend. We got to get shots every time. You can’t turn the ball over and give them easy layups and easy buckets. It’s got to be a half-court game where we get a shot every possession and then get back and defend them every possession.
“It’s a game where we’re going to have to play really well for 32 minutes,” Case added. “We can’t have a breakdown for a couple minutes and beat them. They’re too good.”