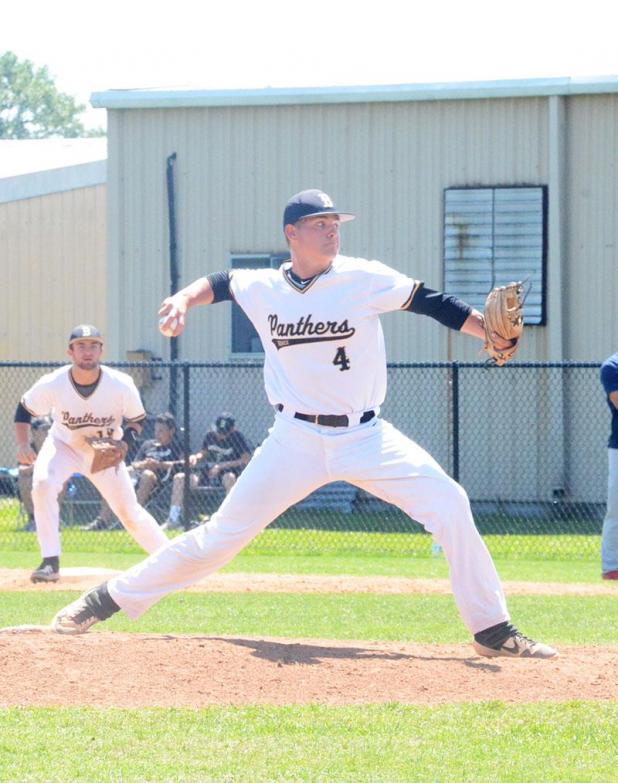 Berwick High School's Zeph Hoffpauir fires a pitch during game 2 of Berwick's Class 3A Regional Round series against North Vermilion in Berwick Friday. Hoffpauir earned the win in the second game, a 7-0 Berwick victory. The Panthers won game 1 Friday 17-0 to advance to the Class 3A quarterfinals for the third straight season. Berwick will host No. 5 Iota this weekend in a best-of-three series. (The Daily Review/Geoff Stoute)